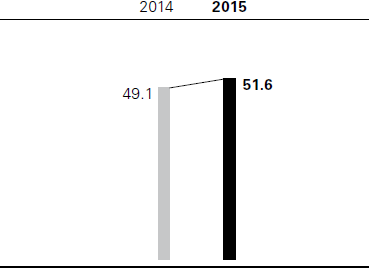 Sales growth in the license business

The license business developed well in fiscal year 2015. Sales were up by 8% on the prior year both in the reporting currency and local currencies, totaling EUR 62 million (2014: EUR 58 million). The articles produced by partners include fragrances, eyewear and watches. A key factor behind the sales growth was a double-digit increase in license income from watches and eyewear. License income from fragrances also grew.